BEFORE YOUR COMPANY CAN INNOVATE, IT MUST PASS THE “MARSHMALLOW TEST” 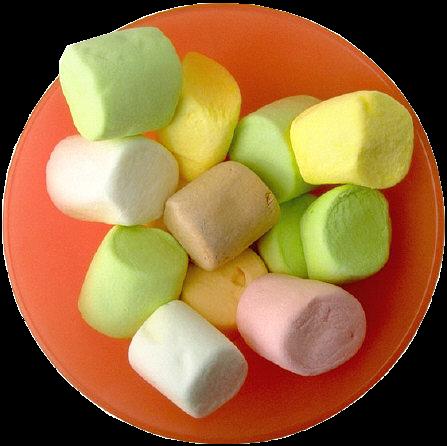 During the late 1960s and early 1970s, Stanford psychologist Walter Mischel developed a simple and ingenious test to assess self control and attention in preschool children.  He offered kids in the 3- to 5-year-old age range a choice:  You get this one marshmallow now, or if you wait 15 minutes, you can have two.

Of course, some kids just grabbed the marshmallow and stuffed it in their mouth, while others waited longer before giving in to temptation.  Surprisingly though, about one third of the kids were able to hold out for the full 15 minutes.  These more patient kids occupied themselves by singing or playing until the time was up to claim their two-marshmallow reward.  Mischel found that kids who occupied their minds with happier thoughts about “fun things” held out better than kids who had “sad thoughts” or kids who spent time staring at the marshmallow reward itself.

So why should we care about self control in three- to five-year-olds?  Well, it turns out that a preschooler’s ability to delay gratification (that is, wait for the two marshmallows) was an important predictor of success in later life.  When the kids became adolescents, the ones who delayed gratification longest ended up with higher SAT scores, were rated as more socially competent, more verbally fluent, more rational and planful, and proved better at coping with stress and frustration.  Even more surprising, when these kids grew up and reached their 30s, the two-marshmallow kids were more successful financially and less likely to use risky drugs.

So what can the trait of delaying gratification tell us about becoming better innovators?

Anyone who has done the work of innovation knows that breakthroughs don’t come easy.  A truly novel and useful new product or service is born from the hard labor of many failed experiments, half-baked prototypes, and solutions that were tried, but simply didn’t work.  Short-sighted, “show-me-the-money” people need not apply.  Famous innovators had persistence that was legendary.  Thomas Edison, known for his relentless optimism, famously tested 1600 different materials before discovering carbonized bamboo as the best filament for his incandescent light bulb.  Even more failed experiments were needed to develop his first commercially viable storage battery (used by Edison to power electric cars in the early 1900s).  When asked about how many experiments were needed, he replied, “Goodness only knows! ... We ran through several series—I don’t know how many, and have lost track of them now, but it was not far from 50,000.”

Sir James Dyson is known as the inventor of the Airblade hand dryer and the Air Multiplier, an odd-looking but powerful fan with no blades.   But he is most famous for inventing the world’s first bagless vacuum cleaner, a project that took him five years and over 5100 prototypes before it was ready to market.

Innovators like Edison and Dyson were able to wait years for their reward – a finished prototype, ready-for-production.  And like the kids who occupied themselves with happy thoughts about “fun things”, these innovators learned to hold onto their ultimate goal, while still enjoying the journey, and the thrill of discovering what doesn’t work, through a patient process of elimination.

Marshmallows For The Corporation

Recent publications by leading business experts have shown that corporate growth through innovation may be hindered by a dynamic similar to that faced by five-year-olds in the Marshmallow Test.  In a June, 2014 Harvard Business Review article, innovation guru Clayton Christensen and colleague Derek van Bever describe what they call “The Capitalist’s Dilemma.”

The authors note that, over the past 60 years or so, the recovery time after each world economic recession has been getting longer and longer.  They attribute this to an increasing reliance of companies upon short-term financial ratios to measure their performance.  For example, ratios like RONA (Return on Net Assets), ROIC (Return on Invested Capital), and IRR (Internal Rate of Return) are all calculated by dividing some measure of income or value (the numerator) by a measure of the capital or expenses invested (the denominator).  These ratios are usually calculated on a monthly or quarterly basis, displayed in spreadsheets, and heavily relied upon by managers in making capital investment decisions.  Financial analysts use these same ratios in grading the performance of a company’s executive team.  The beauty of the ratios is that they all measure efficiency in the use of capital – something that both company executives and financial analysts value greatly.

The problem with these spreadsheet ratios is that they only emphasize efficiency in the use of capital. Executives can improve their ratios and earn gold stars by either boosting income (the numerator) or by cutting the expenses, assets, or resources needed to run the business (the denominator).  A “no-brainer” move to make your numbers look better is to simply cut expenses: outsource customer service and manufacturing, keep your staffing lean, and let other companies do the messy work of making your widgets and dealing with your customers.

Getting all these assets off the books shrinks your denominator and makes your ratios look great.  And this move is also relatively quick and easy to implement.  On the other hand, you could invest your capital and try to grow the numerator of these ratios by creating innovative new products, new customers, new markets and new sources of revenue.  But that move is much more risky, and takes much, much longer.  Hiring, rewarding, and retaining talented people, giving them time and resources to test ideas, carefully documenting and building upon failed experiments.  These things take years, and meanwhile, your ratios don’t look as good, and your investors are getting nervous and may start asking for “regime change.”  Much safer to invest your capital in short-term efficiency improvements or in buying back company stock to drive up the share price.

This bias for the short-term has led Christensen and van Bever to label spreadsheets as the “fast food of strategic decision making.”  So just as fast food helped to create an obesity epidemic through overconsumption of high-calorie comfort food, management-by-spreadsheet has created an over reliance upon investments in short-term efficiency improvement, undermining the long-term health of businesses.

The reason why simplistic spreadsheet ratios won’t work for innovative companies is that innovation takes a long time (usually three to ten years) and is unpredictable. Imagine you’re at Apple in 2004, developing your company’s first cell phone.  The cell phone industry is dominated by players like Nokia, Palm, Samsung, Motorola, and Sony Ericsson.  Your company has never made a cell phone.  The dominant players have sold millions of phones and their phones all have button keypads.  The phone you’re developing has a big screen and no keypad. How would you calculate capital efficiency ratios for this new product?  Could you estimate in 2004 the capital needs and revenues streams associated with iPhone’s various future businesses, such as music, movies, social networking, gaming, mapping/navigation, credit card transactions, etc.?

Clearly, simple spreadsheet-ready formulas won’t do the job here.  What’s needed is a leadership team that can see beyond the next quarterly earnings call, has the courage to manage for the long term, and strongly desires to create something new for both customers and their company.  These leaders appreciate how different kinds of expertise are blended in creating a prototype, and how prototypes are tested and evolved through experimentation.  Moreover, if the product requires basic science breakthroughs, leaders may need to monitor many signs and indicators that just can’t be readily quantified.

In recounting their experience leading projects at the Defense Advanced Research Projects Agency (DARPA) Regina Dugan and Kaigham Gabriel mention some of the indicators that helped in leading basic science breakthrough projects.  DARPA, you’ll recall, is the agency famous for basic technology advances that include the Internet, RISC computing, global positioning satellites, stealth technology, and smart “drones.” None of these breakthroughs followed the predictable path of a new product platform extension, like for example, creating a new flavor Pop-Tart. Instead, leaders had to track a wild ride of fast iterations, keep planning light and nimble, and make sure that projects were progressing toward goals.  They needed to study any failures to see if they were revealing dead ends, uncovering new applications, or signaling a need for new types of expertise.

Innovative leaders and their organizations understand the innovation process and how to manage it.  They manage this process for long-term results, in a time frame where manage-by-numbers breaks down.  They commit to long-term goals and value progress more than predictable quarterly results. And they appear to enjoy the process of innovating as much as the reward at the end of the journey.  And thus, like the “two-marshmallow” kids, they make good use of the time spent getting there and in the long term, will be more financially successful.