A NEW-OLD CREATIVITY TOOL FOR PREDICTING THE FUTURE 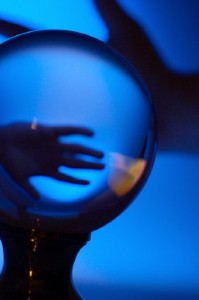 Being able to predict the future could help us in many ways – in planning, committing resources, or in making decisions to launch new products.   Yet predicting the future has always been a tough, because it demands that we make good guesses about collective behavior – what a large group of people are likely to do.  For example, will skirts get shorter or longer?  Will ties get thinner or wider?  Will consumers increase their energy consumption or opt for conservation?

A Tool for Prediction

Over half a century ago, social psychologist Kurt Lewin developed a simple but effective tool called Force Field Analysis that, with a few modern updates, can be helpful to planners and decision makers in estimating the behavior of groups and markets.  In his writings about social change, Lewin borrowed many concepts from physics and mathematics.  He believed that predicting or changing group behavior was similar to predicting or changing the trajectory of projectile in flight: we need to first describe all the major forces acting upon the object.  So, in the case of group or market behavior, we must first identify all of the psychological forces (motives, needs, incentives, pressures, costs, etc.) acting upon group members.  Regardless of where the forces originate (inside the person or in the external environment) we should make a list of all these forces and group them into two categories:

1)    Driving Forces – These are motives, needs, incentives, pressures, costs or other factors serving to increase a particular behavior or move the group toward a specific goal.  Driving forces should be rank ordered to show their relative strength.

2)    Restraining Forces – These are motives, needs, incentives, pressures, costs or other factors serving to decrease the behavior in question or move the group away from a specific goal.  Likewise, restraining forces should also be rank ordered to show their relative strength.

A simplified example of Force Field Analysis is shown below for consumer purchases of electric cars.  This kind of analysis might be useful for someone designing accessories for the electric car market.

The Force Field depicts psychological forces acting on buyers, with the length of each arrow depicting the strength of the force. The strength of each force can be estimated by experts; however, I have found it helpful to ask members of the target population to rate the strength of driving and restraining forces using a survey questionnaire.  The average rating for each strength is likely to tell you how strong an influence on behavior each force has.

An important point made by Lewin was that the current level of behavior (number of electric cars sold in our example above) will seek the level at which the driving and restraining forces are “balanced.”  As with any behavior, this “balance point” will usually fluctuate slightly higher or lower over time, but will tend to stay within a predictable range, unless driving or restraining forces are altered.  This phenomenon of shifting around within a predictable range was called a quasi-stationary equilibrium by Lewin.  Lewin would maintain that, if you want to increase the level of group or market behavior, you need to remove restraining forces, boost driving forces, or both.   So in our electric car example, doubling the cost of gasoline would boost a major driving force.  Doubling the range of electric cars would greatly reduce a major restraining force. However, making different kinds of electric vehicles more available would have only a minor effect on market behavior, since this is a much weaker restraining force.

Using the Force Field rationale, one of Kurt Lewin’s students, John R. P. French, Jr. together with a colleague, Lester Coch, famously predicted the productivity level for different groups of employees, following a change in their work methods at Harwood Manufacturing Company.  Using the same Force Field logic, they were also able to increase the productivity of those groups.

Flies in the Ointment: Black Swans and Trigger Events

So if we know what keeps group behavior at a certain level and which levers will move it in a new direction, can we predict where it will be in, say, five years from now?  Well, we could if the all the forces stayed the same or only changed in a gradual way.  The problem is that certain events – called “black swan” events by Nassim Taleb in his well-known book of the same name – can alter major forces in the marketplace.  For example, the bursting of a housing bubble, the emergence of a new and powerful technology, or the outbreak of war that disrupts supply chains.  All of these

events can shift the Force Field dramatically in unpredictable ways.

Taleb held that black swan events were a key reason why statistical models of market behavior could never work indefinitely, but only as long as nothing unexpected happens.  But strategic planning guru Peter Schwartz, in his classic book The Art of the Long View argued that we should simply consider such fate-altering occurrences – or trigger events, as he called them – in imagining different possible futures.  Schwartz suggested that we create a scenario, or story line, for each possible future.  We can then ask: Which of these possible scenarios is most likely and how should we prepare?

Returning to our electric car example, listed below are several “trigger events” that could drastically alter forces acting on electric car buyers (in a real situation, many more trigger events would likely be possible).  It’s important to give each event a probability of happening within a specified time frame:

The odds of each event could be estimated through product research, by surveying experts, or by other means.  In this exercise, the absolute value of each event is not as important as how likely it is, compared to other events.

So, based upon our Force Field and trigger events, we can see that a major breakthrough in storage battery technology would have the most effect – especially if the new battery were cheap and easy to recharge. Our next course of action in deciding when or how to jump into our electric car accessory business would be to create a few short scenarios, describing at least two possible futures. In one future, both driving and restraining forces change in gradual, predictable ways.  However, other scenarios should also be constructed in which one or more trigger events occur.  Based on available data, the most likely scenarios would then be selected and contingency plans prepared to cope with each future.

As Yogi Berra once said, “It’s tough to make predictions, especially about the future.” Nevertheless, some simple tools can help us make approximate predictions and plan for contingencies.